Join us at TMBAs' 107th Annual Convention April 30th - May 2nd, 2023, at the Hyatt Hill Country Resort and Spa. Register Now for the best registration and hotel rates. This year, legendary quarterback of the Pittsburg Steelers Terry Bradshaw will speak in addition to other notable industry leaders. Hear excellent speakers, participate in numerous networking events, and learn priceless industry information, insight & updates, making this THE must-attend event of the year! 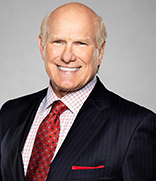 No one can spiral them into the end zone like Bradshaw... The first player chosen in the 1970 draft, the 6’3” Bradshaw became one of the most prolific quarterbacks in history. He was the first quarterback to win four Super Bowl championships (1975, 1976, 1979 and 1980), making him a perfect 4-0 Super Bowl play, an extraordinary feat that has only been duplicated once, 10 years later, by Joe Montana. In those four performances, he completed 49 of 84 attempted passes (nine for touchdowns) for 932 yards (second all-time), with just three interceptions while amazingly calling his own plays, something rarely done when Bradshaw played and unheard of in today’s NFL. He still holds the Super Bowl passing records for average gain per attempt in career (11.10 yards) and average gain in a game (14.71 yards in Super Bowl XIV). Bradshaw, a two-time Super Bowl MVP (Super Bowls XIII and XIV), was a four-time All-Pro. He retired prior to the 1984 season. Widely acknowledged as today’s preeminent NFL studio personality, Bradshaw segued to broadcasting as a guest commentator for CBS Sports’ NFC postseason broadcasts (1980-82). He joined CBS Sports as an NFL game analyst in 1984, then became a studio analyst on The NFL Today for four seasons beginning in 1990. Currently his dual roles as co-host and analyst on Fox NFL Sunday, he has been a primary force in making the show America’s most-watched, and four-time Emmy Award-winning, NFL pregame program. In 2006, the nationally prominent Davies-Brown Index rated Terry to be the best-known broadcaster in all of sports. His work on Fox NFL Sunday earned him Sports Emmy Awards in the Outstanding Sports Personality/Analyst category in 1999, 2001 and 2009 and he was named TV Guide’s Favorite Sportscaster in 1999. This hard work and dedication has made Bradshaw one of the most sought after personalities for TV talk shows and he has appeared on virtually every show on air, including numerous appearances on The Tonight Show with Jay Leno. Along with his broadcasting career, Bradshaw has appeared in several feature films, most recently Paramount’s $100 million hit Failure to Launch, starring Matthew McConaughey, Sarah Jessica Parker and Kathy Bates, also lending his unique voice to the $250 million grossing animated film Robots. Previously, Bradshaw garnered kudos for his appearances in Hooper and Cannonball Run. His television roles including guest starring spots on Everybody Loves Raymond, 8 Simple Rules, Malcolm in the Middle, Evening Shade, Blossom, Hardcastle and McCormick, The Adventures of Brisco County, Jr. and Married . . . With Children, along with his vocal contribution to an episode of King of the Hill. Bradshaw hosted his own talk show, The Home Team with Terry Bradshaw, the first talk show ever to debut simultaneously on network and syndicated television. Bradshaw starred with Charisma Carpenter and Nicholas Brendon in the ABC Family telefilm Relative Chaos. He stars alongside Henry Winkler, William Shatner and George Gotham Artists - Phone: 646-873-6601 - E-Mail: info@gotham-artists.com - Web: www.gothamartists.com Foreman in 2016's top rated summer NBC reality show, Better Late Than Never. Most recently, Bradshaw stars alongside Owen Wilson, Ed Helms, Glenn Close, Christopher Walken and others in the road trip, buddy mystery comedy film Father Figures. Bradshaw launched a successful singing career by recording four albums, two of which were top-selling gospel records nominated for Dove Awards. His cover of Hank Williams’ I’m So Lonesome I Could Cry became a Top 10 country hit. He recorded a children’s holiday album entitled Terry Bradshaw Sings Christmas Songs for the Whole Family. He has also worked with superstar Willie Nelson on a cut for the NFL Country record which paired current and former NFL stars with renowned country artists. An author of five books, Bradshaw easily brings his signature charm and charisma to the written page. They include his acclaimed autobiographies, Looking Deep (1989), It’s Only A Game (2001) and Keep it Simple (2002), No Easy Game (1973) and Terry Bradshaw: Man of Steel (1979). As a widely sought after motivational speaker, Bradshaw speaks to Fortune 500 companies and major corporations across the country. Energizing and motivating with his inspirational style, charisma and personality, Bradshaw has become one of the most sought after sports personality speaking today. A native of Shreveport, LA, Bradshaw attended Woodlawn High School, the program that also produced former Buffalo Bills quarterback Joe Ferguson. He went on to attend Louisiana Tech, where he still holds the single-season passing and total offense records. He was a first-team Associated Press All-America as a senior in 1970 and later that year received a Bachelor of Science degree in physical education from Louisiana Tech. Bradshaw has racked up numerous awards and honors during his long, diverse career and his work on behalf of those less fortunate has helped raise a tremendous amount of money and awareness while earning the gratitude and respect of countless charitable organizations. He was named NFL Player of the Year by The Associated Press, Sport magazine and the Maxwell Club of Philadelphia following his 1978 season with the Steelers; in 1979, he shared Sports Illustrated’s Man of the Year award with Willie Stargell of the Pittsburgh Pirates. Inducted into the Louisiana Sports Hall of Fame in his first year of eligibility. In 1993, he won the NFL’s Bert Bell Memorial Award for significant contributions made to the league. In 2001, Bradshaw added yet another prestigious distinction with the NFL Alumni’s Career Achievement Award. Outside the realm of football, he was named 1999’s Man of the Year by the Big Sisters of America, 2000’s Father of the Year by the National Father’s Day Council, and in October 2001 became the NFL’s first and only player to receive a star on Hollywood’s Walk of Fame. Bradshaw spends his time at his home in Oklahoma with his wife Tammy. He has three daughters, Rachel, Erin and Lacey. 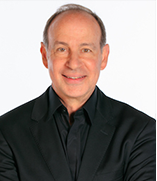 Accountability & Leadership Keynote Speaker Sam Silverstein’s mission is to empower people to live accountable lives, transform the way they do business, and to thrive at extraordinary levels. By challenging leaders to shift priorities, cultivate an organizational culture, and inspire both individuals and teams to take ownership in fresh and results-producing ways – he is helping companies dramatically increase productivity, profitability, and growth. Sam has been inducted into the CPAE Speakers Hall of Fame, is a Past-President of the Executive Speakers Bureau National Speakers Association, and Global Gurus has named Sam Silverstein as one of the World's Top Organizational Culture Professionals. Sam is the founder of The Accountability Institute™ an organization that certifies advisors to work with leaders and organizations to build greater accountability and develop stronger leaders. He is the author of 12 books including The Accountability Advantage, I Am Accountable, Non- Negotiable, No More Excuses, Making Accountable Decisions, No Matter What, and The Success Model. As a former executive and owner, Sam successfully sold one of his businesses to a Fortune500 company. Today, Sam writes, speaks, and consults with organizations around the globe to think differently, work with renewed purpose, and achieve record-breaking results. He works with entrepreneurs, multi-national companies, corporations, and government agencies to drive increased accountability, engagement, and productivity. 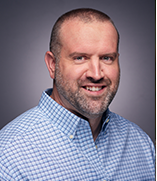 Phil Treadwell is an entrepreneur, national speaker and podcaster. He has over 18 years of experience in mortgage and real estate, and he regularly collaborates with industry thought leaders from around the country. Phil has been coached and mentored by some of business’s elite and now shares his knowledge and experience as a business mindset coach & founder at M1 Academy. Phil launched the Mortgage Marketing Expert podcast, where he interviews sought after experts who share first hand experience and advice to help industry professionals build more modern and relevant businesses. The MME podcast regularly appears in the Top 200 on Apple Podcasts in the Business/Marketing category, and it has been listed by numerous publications as one of the top podcasts in the mortgage and real estate industry. Phil has spoken at dozens of events and contributed as an expert guest on over 100 other podcasts and social media shows. His awards and recognition include being named “40 Most Influential Mortgage Professionals Under 40” in 2019 and “Most Connected Mortgage Professionals” in 2021 and 2022 by National Mortgage Professional magazine. And he was listed “Top 20 Mortgage Professionals” in 2020 by Yahoo! Finance.